Goodieson Brewery is owned by Jeff and Mary Goodieson and is run from our home in McLaren Vale, South Australia. Our passion for brewing came from our passion for drinking good beer, and we've put a lot of "research" into drinking good beer. Both Jeff and Mary spent many years as 20 something's in Europe and developed a taste and respect for traditional beers from Austria and Germany. On returning to Australia we did a bit of home brewing before we decided to get serious about beer. We moved to Ballarat in 1996 and spent four years there whilst Jeff completed a degree in Food Technology and an Honours year in Malting and Brewing. Since his graduation at the end of 1999 he has worked for Lion Nathan in many capacities. Traditionally found in Germany and Belgium, Wheat Beers are characterised by a larger proportion of wheat. The proteins in the wheat contribute to the head on the beer being thick and long lasting. The beer will be hazy and have a silky mouth feel. Our Wheat Beer is fermented with true Wheat Beer yeast at 20°C and will present banana and clove aromas and flavours which are true to style characteristics of the beer. Our Wheat Beer is hopped with Hersbrucker and Tettnang Hops and unfiltered. 5.2% alcohol by volume. 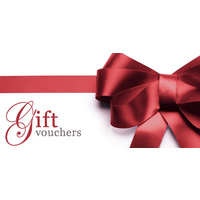